Alice Cooper knows how to rock. He’s been doing it for a while. Last night in the Samsung Hall just outside Zurich he proved once again his stage theatrics are second to none. Despite a relatively short set of around 1.5 hours, he managed to pack in the favourites; School’s Out, Poison, Only Women Bleed, No more Mr. Nice Guy, I’m Eighteen, while also wheeling out the obligatory guillotine (Killer) and electric chair (Feed my Frankenstein). One might say it’s the usual stuff from Mr. Cooper, but you pay for a ‘show’ and you certainly get one. In fact, over 2,000 fans seemed happy enough to make the journey on a cold and snowy night, and as they filed out after the show there were plenty of smiling faces so he must still be doing it right. Well done Alice! 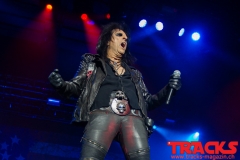 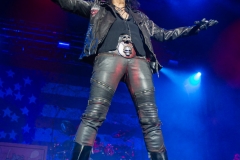 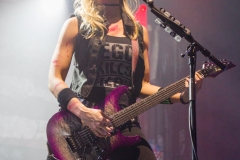 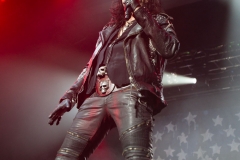 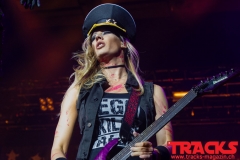 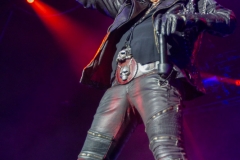 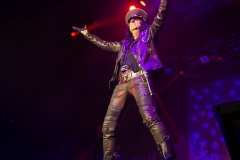 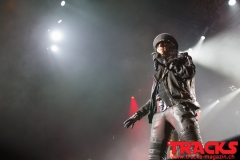 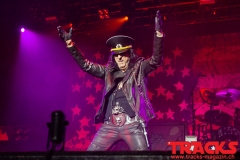 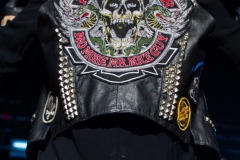 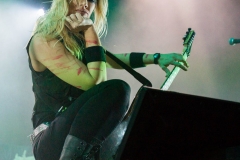 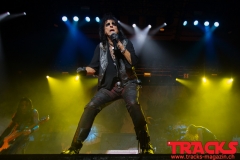 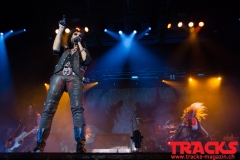 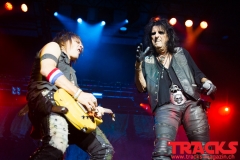 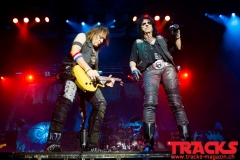 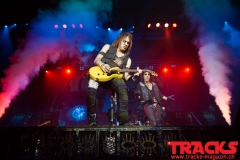 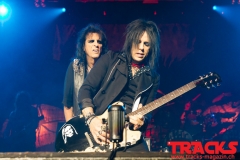 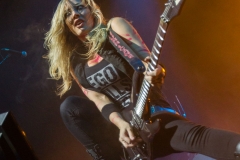 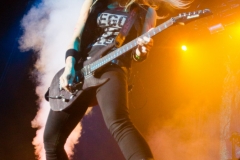 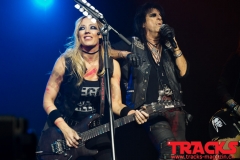